There is a lot of future foot traffic expected near Disney World in Orlando,Florida.  Here are some expected multi-family, grocery and mixed-use developments popping up within 10 miles of the resort.

Did you know there are over 10,000 multi-family units planned for construction within a 10-mile radius of Disney World? 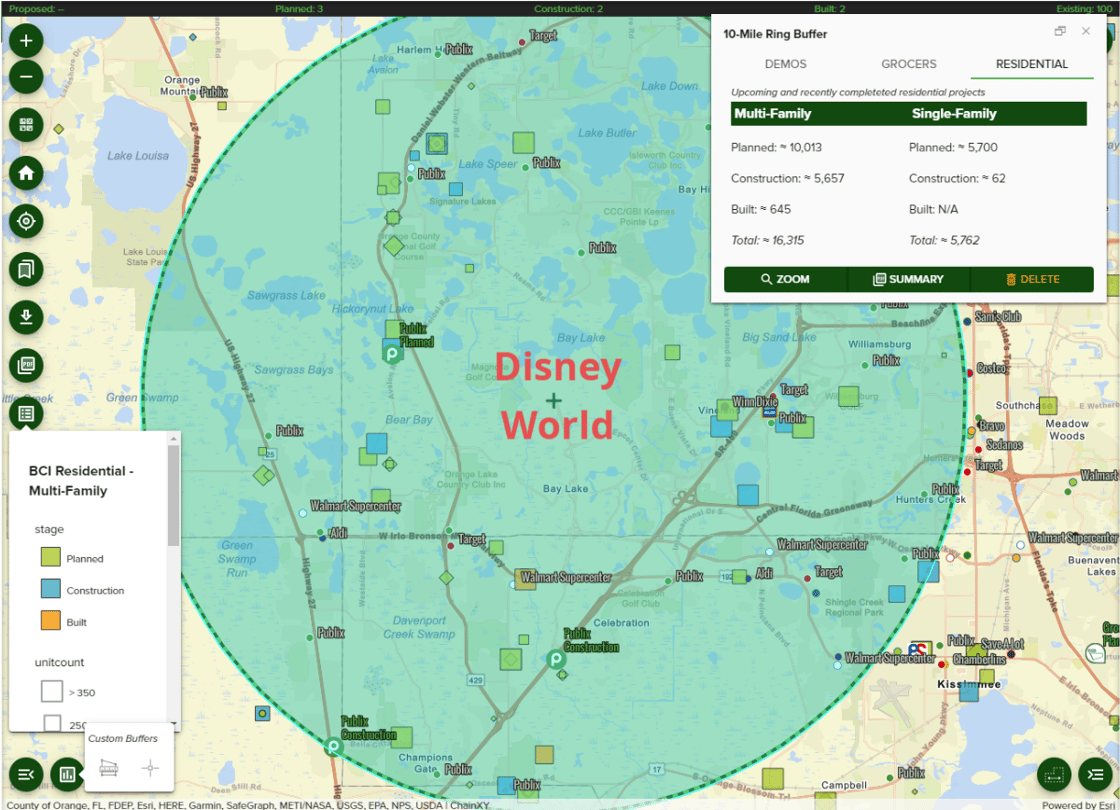 The Presidente Supermarkets location will be a new wholesale concept called Grand Plaza coming in at approximately 100,000 square feet.

Presidente Supermarkets currently has 35 locations all in Florida with new stores planned in Orlando and West Palm Beach. 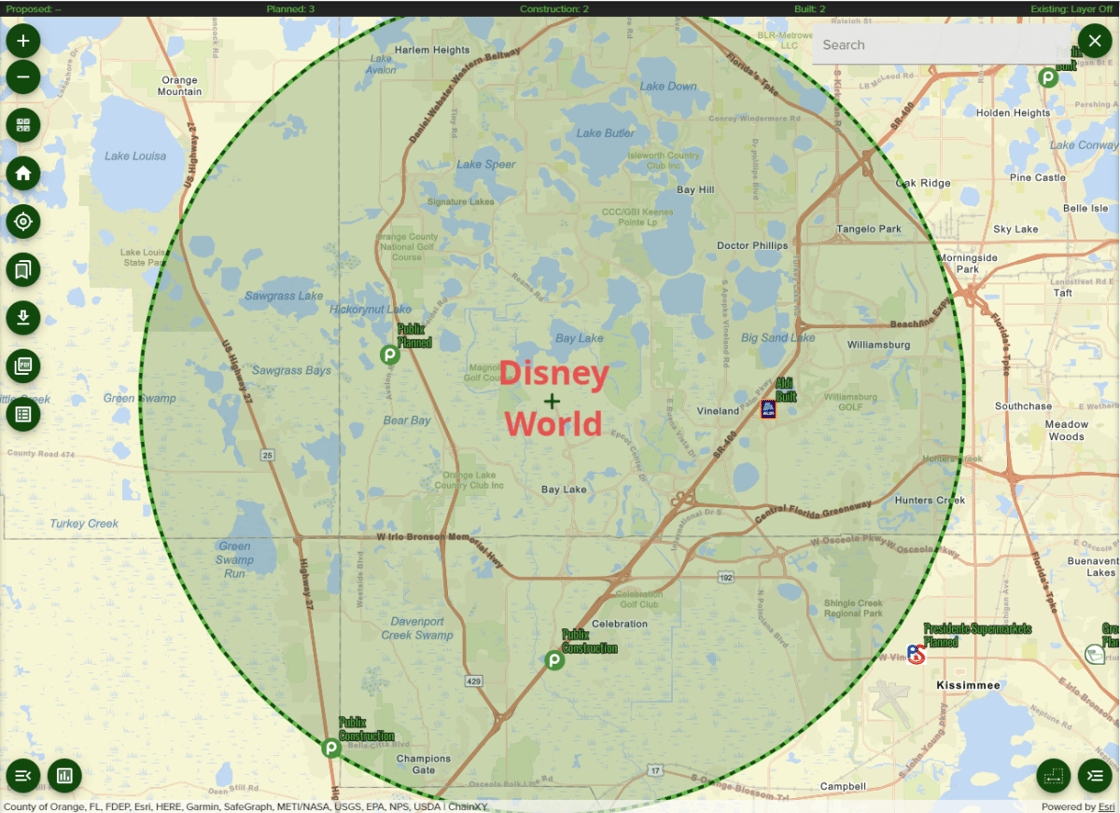 Two notable mixed-use developments planned for construction in the area are SilverLeaf and Camden Market. 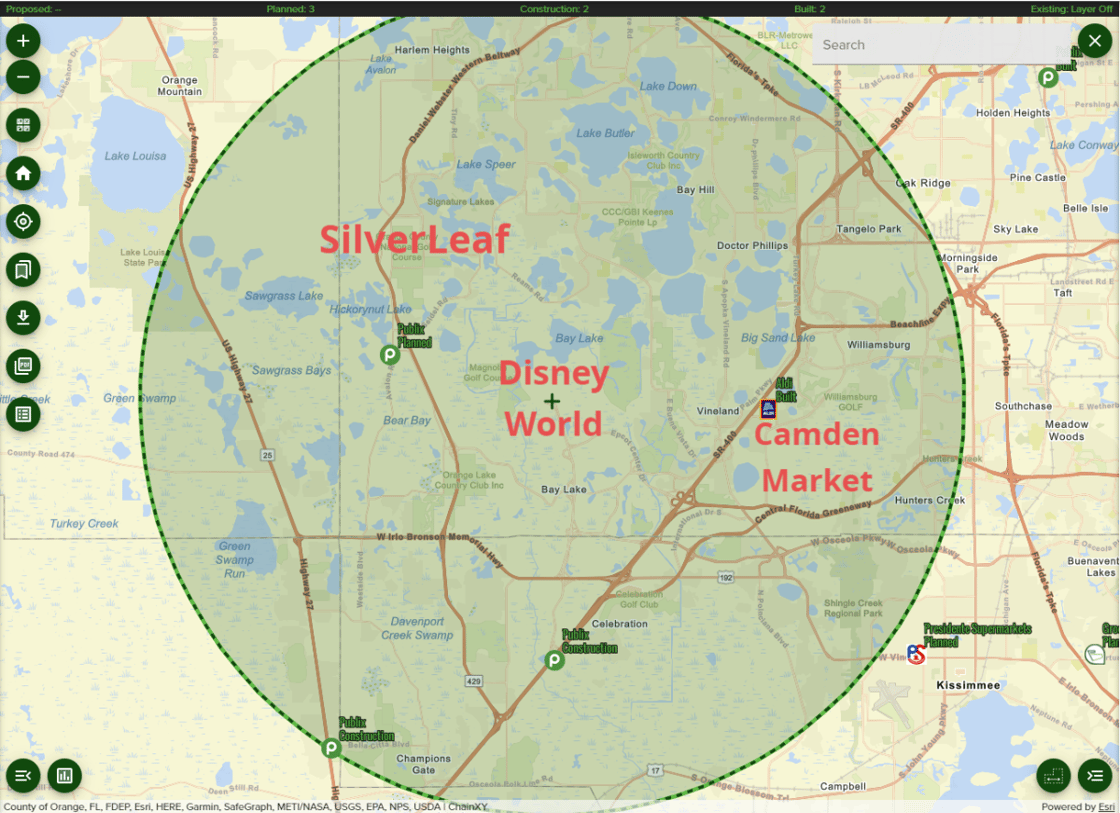 SilverLeaf will include commercial space, a hotel, and a new dual elementary/middle school.

The Camden Market plans include up to 380,000 square feet of retail space consisting of a 22 single-story multi-tenant building, four hotels totaling 2,120 rooms, and 532 apartment units on a 35.4-acre site.

Tour Planned Grocery today to create your own market spotlight with Alex DeLoach.

About Planned Grocery
Planned Grocery, the nation’s leading provider of grocery location data, is a spatial dataset created for organizations to have a better understanding of current and future grocery store activity.